STATEMENT OF THE CASE

This case arises out of the plaintiff’s purchase of the 2005 Pontiac Bonneville from the defendants on or about July 1, 2014. At the time the purchase the vehicle had 78,811 miles.  The purchase price of the automobile was $9,995.  The finance charges over the life of the contract were $4,712. The plaintiff was obligated to make monthly payments on the first of the month beginning August 1, 2014 in the amount of $340.00.

The plaintiff continued to the payments from August until October however a dispute arose when the plaintiff wanted the defendant to pay for broken motor mounts for $222.00.  The plaintiff signed retail installment sales contract evidencing the nature and extent of the payments however he was not provided with a copy of the contract. The plaintiff also signed a buyer’s order indicating that there was a documentary service fee of $295.

The plaintiff refused to pay for the broken motor mounts demanding that the dealership pay. The plaintiff fell behind on payments and the vehicle was repossessed on or about November 9, 2014. The car was supposedly resold about six months later. Post repossession and sale were allegedly sent to the plaintiff. However the defendant dealership sent them to the wrong address. After the vehicle was sold, more than 6 months later, another letter was sent to the plaintiff providing a breakdown of the sale however it was sent to the wrong address.

The notices sent to the plaintiff demanded a gate fee of $65 for the plaintiff to access his vehicle in order to obtain his belongings. The defendant dealership completed various documents with the Division of Motor Vehicles to obtain title to the automobile. Their certification was falsified in obtaining the documentation to get the title to resell the vehicle.

The plaintiff is obtained from the DMV a record of the vehicles which were purchased and sold by the defendant dealership which also indicates the time of the purchase and the resale. (Highlighted VINS)(1-16, 81-82 OPRA DEMAND) It appears as though the defendant engaged in a pattern of practice of selling vehicles repossessed in the maintaining them for a significant period of time probably on their lot.

END_OF_DOCUMENT_TOKEN_TO_BE_REPLACED

I would estimate that a majority of the opinions on arbitration clauses address the entire unfairness of the implementation. The question is something as follows; how can these big businesses use arbitration clauses and shield themselves from judges, juries and the impact of class actions?

The answer appears to be rather simplistic; because they can.  The system has given these entities an out. There is a loophole. The corporations have taken advantage of specific holdings of the court to reduce their liability, reduce their exposure to lawsuits and class actions. One cannot fault a corporation or any business or entity or individual from taking advantage of this particular law. It applies to everybody across the board and is intended to reduce the burden on the courts.  It is based on the underlying concept that individuals and entities are free to contract their rights away. It is a free country? Individuals are free to bargain away whatever rights they want? This is America. This is a free country.

So I guess, inherently, I do not have a tremendous issue with the existence and implementation of arbitration laws as they are there are used by businesses to avoid the civil justice system. The results might be good the results might be bad but I think we are asking the wrong question.

I would submit that we are asking the wrong question. The question should be what is the social cost of arbitration? If we truly look at the cost of arbitration, the cost of privatized justice in terms of the rule of law and a social contract between us it would be difficult to understand how anybody would think that arbitration is a good thing. Honestly, I think the implementation of a wide scale base privatized justice, and the obliteration of open court system results in anarchy.  This is the job of Judge NOT a lawyer to make decisions.  Judges are our saving grace.  END_OF_DOCUMENT_TOKEN_TO_BE_REPLACED

Law360, New York (March 1, 2016, 5:25 PM ET) — The Fourth Circuit on Tuesday denied a bid by a Nevada collection agency with ties to a South Dakota tribe for rehearing of the court’s recent ruling that the company couldn’t arbitrate claims from a putative class of payday loan borrowers, despite the company’s claims the decision could lead to widespread invalidation of arbitration agreements.

END_OF_DOCUMENT_TOKEN_TO_BE_REPLACED

A New Jersey jury on Thursday awarded $2.9 million to a class of surgical technology students who alleged Star Career Academy misrepresented their career prospects in the wake of a 2012 law that imposed stricter accreditation standards on the profession. 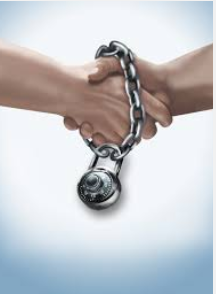 Opposition to the defendants attempt to force arbitration

“The Parties, customer and dealer, identified below, hereinafter collectively *** agreed to settle by arbitration any claim, dispute or controversy, including all federal and state statutory or non-statutory claims that may arise out of the sale related to the finance and purchase and re lease of the vehicle identified below.” See Exhibit B, arbitration agreement At the bottom of the Arbitration Agreement, it lists the vehicle with the last five numbers in the vehicle identification number as 12984. It is apparent, that the Arbitration Agreement identified by the defendant applies to the plaintiff’s transaction for the used 2010 Nissan Sentra, vehicle identification no. 12984. Thus, as such, even if the Court were willing to assume there is a valid Arbitration Agreement and it is enforceable, the defendant should be bound by the terms of the agreement and have to arbitrate disputes related to the Nissan Sentra.

END_OF_DOCUMENT_TOKEN_TO_BE_REPLACED

There has been attempt at the federal level to remove these arbitration agreements from consumer agreements, however to date that effort has been unsuccessful. What this means for the average customer is that you need to read your paperwork when you buy these consumer goods. You need to potentially cross out refused to agree to these arbitration agreements one before you take the product place in your car and go home.

END_OF_DOCUMENT_TOKEN_TO_BE_REPLACED

ARBITRATION AGREEMENTS ARE NOT AUTOMATICALLY ENFORCEABLE

What exactly does this mean? The enforcement of arbitration is by no means automatic. The court is mandated to conduct an analysis, based on ordinary contract principles, to determine if the clause itself is enforceable as a clause in a contract. NAACP v. Foulke Management 421 N.J.Super 404 (App.Div. 2011).