Consumer fraud trials can be complicated, LONG and a challenge. There are Rules of Court that must be followed, rules of evidence and Model Jury Instructions. A trial has very little to do with everyday common sense. There are strict rules to address what arguments can be made, what facts can be presented to the judge and jury and burdens of proof and persuasion. It takes years of in court experience to understand a trial, especially a Consumer For a Trial.

A Consumer Fraud Trial has a large amount of very technical requirements/proof/burdens. As in most cases, the plaintiff has the burden. However in some areas of a Consumer Trial the burden is lowered because of the practical considerations the legislature has determined are necessary for the enforcement of the consumer fraud act.

A good example is Proximate Cause. In most lawsuits, and in most causes of action there is a requirement for proximate cause. Proximate cause requires that the actions of the defendant caused the damage to the plaintiff or the victim. There are specific jury instructions that address this issue. However, in Consumer Fraud Trials the standard/burden has been lowered by the New Jersey courts.

END_OF_DOCUMENT_TOKEN_TO_BE_REPLACED

There is a used New Jersey lemon and there is a new New Jersey Lemon Law. The remedies are different for those claiming they have purchased a lemon. However, the underlying concept is that the use/value/safety of the vehicle you were driving has been substantially impaired. Each statutory provision, used car lemon law and a new car lemon law, spells out the remedies to which you are entitled. The New Jersey new car lemon law provides for a repurchase formula with attorney’s fees and costs.

END_OF_DOCUMENT_TOKEN_TO_BE_REPLACED

How are salesman paid in the car industry.  I just posted a long article about a salesman not been paid properly. This is a simple letter, simple questions that car salesman are curious about one consulting about suing a car dealership

I litigated numerous cases this year on the bait and switch advertising. It was a case that I fought for over 2 years which was thrown out the trial court, for nap the Appellate Division and applied to the Supreme Court for review. Unfortunately, I was not successful in this case however, it was, in my opinion an issue which needed to the address. It dealt with dealership’s and the manufacturer advertising course which were not available for sale as they were already sold. My legal theory was that you cannot advertise a vehicle for sale if it was already sold. If he were advertising the vehicle which was already sold by very definition was bait and switch for false advertising and deceptive business practice.

In my opinion, the court did not address the key, relevant issues which were the defendant’s conduct. The court, at the trial level, held that the loss is hypothetical. The court at the appellate level held that the plaintiff did not establish a measurable loss as the plaintiff needed to prove that there was an offer to sell the car for a price over the advertised or offered price.

END_OF_DOCUMENT_TOKEN_TO_BE_REPLACED

What is odometer fraud?      Selling or transferring a car knowing that the odometer is wrong or has been altered

Is odometer fraud consumer fraud?      Selling or transferring a car knowing that the odometer is wrong or has been altered or JUST selling a vehicle with an incorrect odometer reading.

In certain ways odometer fraud is a very simple concept. They are both state and federal laws dealing with odometer fraud. The basic concept is that if a seller of an automobile, or a transferor of an automobile, or where that the odometers and correct or has been tampered with in any way, there is an obligation to disclose same on the odometer disclosure statement. If you disclose same on the odometer disclosure statement that the mileage is improper were not accurately reflected on the vehicle would not have any liability either under the federal or state odometer law.
The federal law on odometer fraud requires the proving of knowledge of the mileage. However, the liability under state law does not require the same level of proof. Obviously, if you prove that an individual sold the vehicle or transferred the vehicle knowing the mileage was incorrect there is a claim for fraud. The basic defense to this claim is that there was disclosure. Naturally fraud claims carry the penalty punitive damages. However, it gets dicey when you are dealing with transferring or selling used motor vehicles where the seller claims ignorance or were unaware of the odometer discrepancy.

END_OF_DOCUMENT_TOKEN_TO_BE_REPLACED

Does New Jersey have a Lemon Law? Yes there is a new and used car lemon law that can be filed in Superior Court or in Administrative Court … – The Law Office of Jonathan Rudnick LLC – Google+

Source: Does New Jersey have a Lemon Law? Yes there is a new and used car lemon law …

CONSUMER PROTECTION
11-4-9287 Mehrnia v. Emporio Motor Group LLC, Chanc. Div.-Bergen Cnty. (Toskos, J.S.C.) (24 pp.) This case evolved from a dispute between several parties over their rights to the ownership of a used 2010 Ferrari. The car was sold several times. Plaintiff Mehrdad Mehrnia claimed that he purchased the vehicle for a price of $201,000. Defendant Hitfigure LLC claimed ownership of the 2010 Ferrari through a subsequent purchase for a price of $155,000. The dispute arose from the relationship between defendants Dream Cars National LLC and Gotham Dream Cars LLC and defendant Manhattan Leasing Enterprises Ltd. Gotham and Manhattan also claimed an ownership interest in the vehicle. At a time when Gotham was experiencing financial difficulties, Manhattan restructured their leasing arrangement, which led to Manhattan obtaining possession of the title to the 2010 Ferrari. Mehrnia purchased the car from Emporio Motor Group LLC, which had obtained the Ferrari from Manhattan. The Ferrari was later sold to Hitfigure. Mehrnia filed this litigation seeking a declaratory judgment that he was the owner of the Ferrari. He also asserted a consumer fraud and conversion claim against Gotham and Manhattan. Finally, Mehrnia included a civil conspiracy claim as to Emporio, Gotham and Manhattan, alleging that they conspired to deprive Mehrnia of his property.

END_OF_DOCUMENT_TOKEN_TO_BE_REPLACED 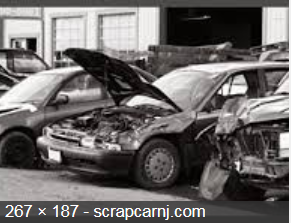 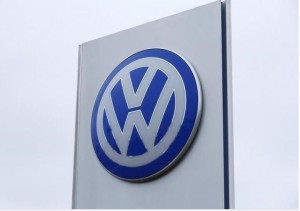 So not only does Volkswagen have the various lawsuits from the very states but they have been subject to numerous class actions which have been consolidated. It appears as though the only question is going to be when Volkswagen can no longer stand the pressure. One must assume that the financial pressure on Volkswagen is significant in light of the investigation and the lawsuits  from the states and the amount of money that they are potentially seeking in compensation for the alleged and admitted corporate fraud. Pursuant to the link attached hereto, Volkswagen has admitted the corporate fraud and is working with the very states including California to repair the vehicles or make sure that the vehicles comply with the various states law including California’s law on omissions. END_OF_DOCUMENT_TOKEN_TO_BE_REPLACED

It appears as though General Motors was cited by the Federal Trade Commission with regard to selling certified used vehicles are certified preowned program which had open recalls the actually dangerous. In addition, the selling dealer’s also appeared to have been cited and find by the FTC. It is unclear what extent General Motors is responsible since they did not sell cars only their authorized, franchise dealers sold the vehicles. Under the certified preowned program selling dealer is obligated to inspect the car pursuant to General Motors standards. It would be the duty and obligation selling dealer to check for recalls and make sure that the vehicles have been repaired and recall something. I’m assuming, if the vehicles were owned by General Motors previously, it would be the responsibility of General Motors to repair and or for recalls. It is unclear to what extent the liability is based directly on General Motors were the liability is based on the actions of their authorized dealers. The complaint appears to indicate that the vehicles were sold with open recalls. It appears as though the FTC is holding the manufacture responsible for authorize, franchise dealers selling vehicles with open, dangerous, active recalls. I would guess, the ultimate, it is responsibility factor to make sure that these recalls are prepared at the authorized dealers in the CPO or certified preowned program.  The following was contained in the complaint

Since at least November 2014, Respondent has disseminated or has caused to be disseminated advertisements promoting the sale of “Certified Pre-Owned Vehicles.”Respondent establishes criteria for certifying pre-owned vehicles, which are then inspected and sold by Respondent’s local dealerships. Respondent provides consumers a 12-month/12,000-mile “bumper to bumper”
END_OF_DOCUMENT_TOKEN_TO_BE_REPLACED
Contact Us
(732) 709-7277