What do you do, what can you do when a dealership sells you a damaged car

END_OF_DOCUMENT_TOKEN_TO_BE_REPLACED

I litigated numerous cases this year on the bait and switch advertising. It was a case that I fought for over 2 years which was thrown out the trial court, for nap the Appellate Division and applied to the Supreme Court for review. Unfortunately, I was not successful in this case however, it was, in my opinion an issue which needed to the address. It dealt with dealership’s and the manufacturer advertising course which were not available for sale as they were already sold. My legal theory was that you cannot advertise a vehicle for sale if it was already sold. If he were advertising the vehicle which was already sold by very definition was bait and switch for false advertising and deceptive business practice.

In my opinion, the court did not address the key, relevant issues which were the defendant’s conduct. The court, at the trial level, held that the loss is hypothetical. The court at the appellate level held that the plaintiff did not establish a measurable loss as the plaintiff needed to prove that there was an offer to sell the car for a price over the advertised or offered price.

END_OF_DOCUMENT_TOKEN_TO_BE_REPLACED

Guaranteed Credit Approval. Financing Guaranteed. We finance Anyone. We will Get it Done.

Guarantee Credit Approval.  Be wary and get help if you see this advertisement

You hear those advertisements all the time on the radio and TV. Credit Guaranteed. All you need is a job and pay stub. Rebuild your credit. Any deal.
There is no such thing as guaranteed credit. There is no such thing as guaranteed credit approval. Each and every transaction must be reviewed by a bank or lending source. The bank or the lending source make a decision to extend credit based on the credit score, your job and any one of numerous other items that might be applicable to the bank’s lending standards.

So when you hear the aforementioned promises or representations that there is guaranteed credit approval and all you need is a job or some type of pay stub this is quite frankly more likely than not false. Does it make sense that the bank would lend you money when you are not qualified to borrow the money. Absolutely not. Banks have lending standards. They do not lend money to anybody.

END_OF_DOCUMENT_TOKEN_TO_BE_REPLACED 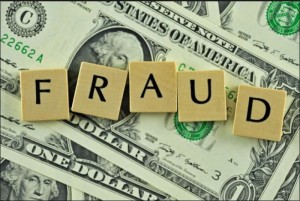 This is known as the heightened pleading requirement. Usually, New Jersey is a notice pleading state. This means that you do not have to specifically state every fact upon which you will base your lawsuit. The facts only have to be stated in a general sense and generally refer to the cause of action. New Jersey has a very liberal pleading requirement with regard to the initial pleadings. This is different than federal court which has a heightened pleading requirement. Nonetheless, if you plead specific facts and legal claims the defendant is required to either admit or deny these claims in their answer. Sometimes, as a matter of strategy, it is better to plead a more specific claim than a general claim. In this fashion you might be able to determine what the nature and extent of the defenses will be.

This rule would apply to all transactions all plaintiffs and all defendants. Remember, it is covered in the New Jersey Court rules and it is a requirement. It is not uncommon that the fraud is not specifically plead and the defendants did not object to the filing of the claim. This could be a matter of strategy also. However, if the defendant does object to the type of pleadings were filed they would file a motion to compel a more specific statement of the fraud. The court would then either dismiss the complaint or permit an amended pleading to be filed with the court. In this way there’s fairness to both the plaintiff and the defendant.